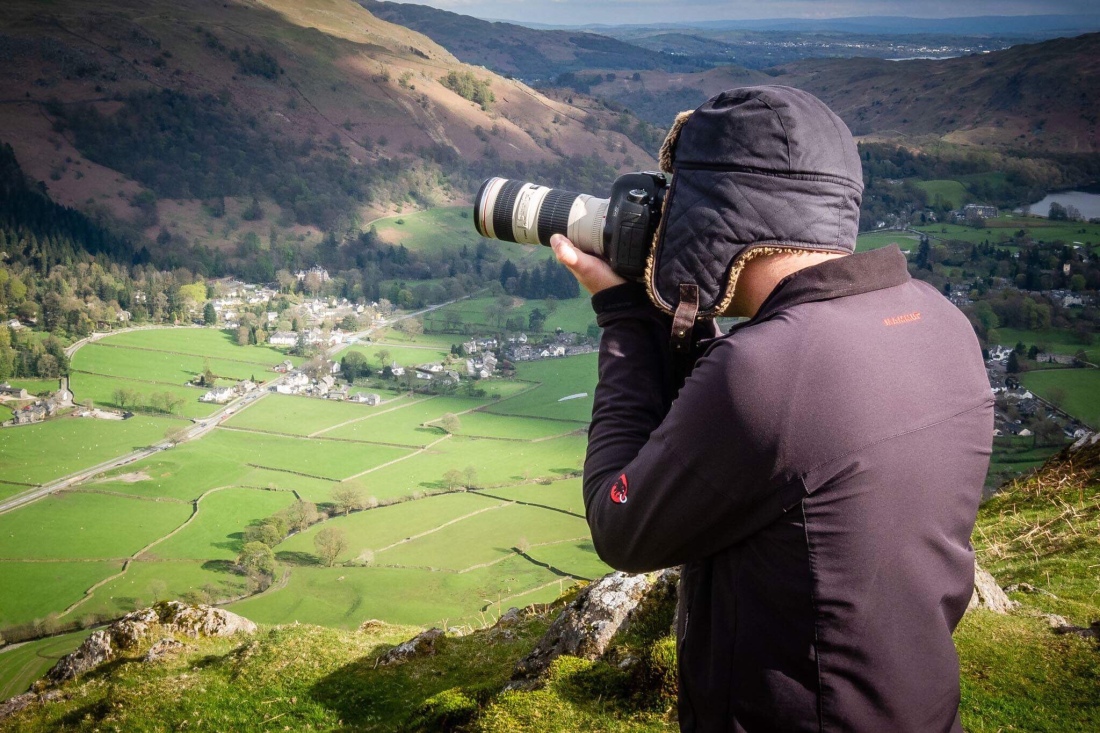 I’d found a new outlet to let loose my creative flair. I wanted the gear but had no idea. It was August 2007 when I seriously found an interest in photography and purchased my first DSLR, a Canon 400D. I’d been tinkering with compacts for years but now I had grown up, I had my toy and I didn’t have a clue how to use it. I remember the first shots taken, overexposed and out of focus. The ideas I had in my head of beautiful vistas, perfectly exposed and crisp were proving to be difficult to produce.I set myself to learn the exposure triangle of aperture, shutter speed and ISO. Aperture was easy, the bigger the number, the sharper all of the image becomes, right? All of my shots were exposed at f/22 at the beginning and it wasn’t until about a few months later, I became aware of deffraction. This was my first decent landscape photograph at Loch Lomond, bear with me;

I remember the elation walking up to this beautiful location. It remains today one of my favourite places, probably due to mainly sentimental reasons. The shot was taken at f/22. The all important foreground interest was on a lower third of the frame. I’d even composed with the upper branch pointing toward the dip in the valley. I had also discovered HDR and I was very pleased, at the time. It was lacking one very important ingredient however.

We were in the digital days so taking many shots was not costing me anything. I’d take lots and lots of images with a very low success rate but this was all part of learning. Knowledge and ideas came from magazines, books, and the internet. Id gone to places where before photography I would have probably never visited, Scottish Highlands, Isle of Skye, The Lake District and more locally, The Yorkshire Dales. I was discovering the golden hours and the peace that such moments brought. This was Utopia. I’d improved the gear from my Canon 400D to a 450D, then a 60D before accomplishing a goal of when I first started, but thought would never get, my first full frame camera, the Canon 6D. Life was good.

The technical know how was developing. I’d learnt of how to produce milky looking waters and the streaking movement of clouds through long exposure. I had slowly got out of the habit of using a semi automatic exposure mode and became very comfortable with shooting in manual. The rule of thirds became second nature to me. I was even getting selective of what foreground I was choosing. I was pleased with my results and so were others I shared my work with. There was still room for improvement and a better understanding of what magic ingredient needed to be added.

Starting to see the light

In the background of my learning years I heard comments and read text of how important the inclusion of light was in photography. ‘Chase the light’, ‘see the light’ were common quotations which I put to one side, thinking these were reserved for the older generation who were so detached from reality, were not worthy of my attention. I liked to do things my way so as long as the foreground is positioned right and there was a good balance in the frame, I was bound to get a good photograph. How very wrong I was. I started to see the light and how it transformed a good shot into a better shot. I watched how it created interest through contrast, making the image pop. It was upon my visits to the Yorkshire Dales and in recent years The Lake District, where I watched pockets of light drift along the fells, burning light over trees, crags, rocks and creating something special. As a landscape photographer I am very bound by the weather conditions and I am now adapting to what is presented to me. It is slowly coming together but the learning will never stop and the urge to constantly improve is like a drug wanted to be fed.