This shot was one of my very last from a series of images I took during a weeks family break in the East Yorkshire coast of Whitby. I consider this to be one of my best of 2018 so far. 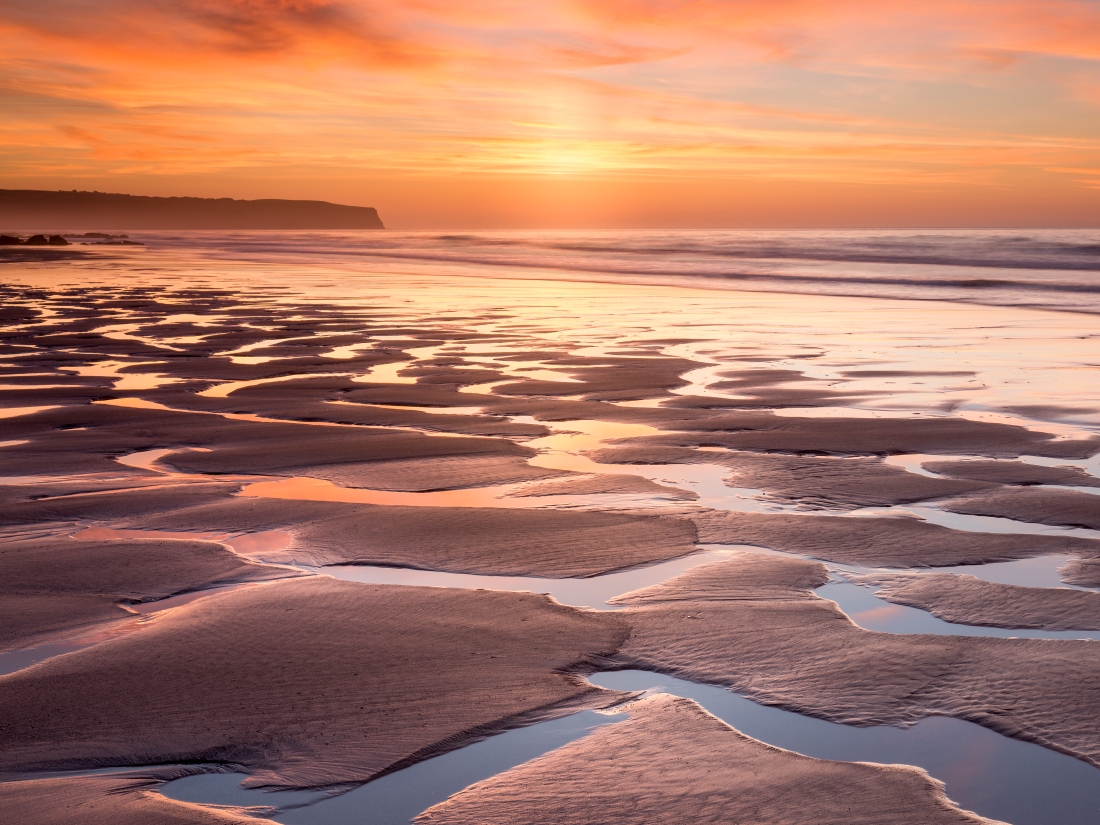 The day had all the signs of a good sunset. High altitude and no lower clouds were forecast around the time of sunset. All I needed was a good, strong and interesting foreground. I had a plan.

The plan was simply to get there when the tide was low enough to reveal the pools of water that were left behind and hope, just hope it all came into play around the time when the colours from the setting sun were putting on a show. Basic planning and luck which all too often a landscape photographer thrives upon. Most of the time it fails us but now and then it turns out and that’s what keeps us coming back for more. When I first arrived at the beach, there was around 30 minutes to go to sunset and the pools of water, which I had seen from walking during the day from above on the West cliff, were no where. I had earlier made a mental note at what time the water pools appeared from high tide during the day and was confident that the same would happen during the golden hour.

I had finished shooting an earlier shot and filming a time lapse of the sun setting beneath the horizon when I suddenly set sight of what I had come for. I had a visual image in my head and here it was, revealing its beautiful self in front of me. I had to work fast to put the shapes and reflections into a frame that would build the composition I wanted. The background was easy, focus was on the foreground. My settings were a typical aperture of f/16, hard edge grad, wide angle lens, tripod mounted. Like a singer on the stage with his mic and stand, I spent a good 10 minutes adjusting and readjusting my tripod until I got what I wanted, a lead in line and the composition to be balanced. The triangle on the lower part of the frame lead to the magic of the sky which had a lighter patch from where the sun had set earlier. The shot wouldn’t have worked as well if the sun was above the horizon as it would bring too much attention and sway the eye away from the calming lines of the patterns in the sand.

This really was an excellent finale to a few days of shooting during the golden hours and as often happens to me, the best was left to the last. The vlog filmed from the trip, including this and many images can be seen by clicking here